5 Ways Of Telling If Someone Is Lying. In today’s competitive world it is very hard to understand who is truthful and who isn’t. An Average person hears between 10 and 200 lies per day. In any aspect of our lives, understanding people’s true intention is really important, especially in the business world. for example: in real estate business many middle-person lies related to house price, about its locality etc but it is you who should know where to invest and with whom you should sign a deal. Even in a Relationship, you should know with whom you should grow and to whom you should avoid.

People Lie for many reasons, sometimes that reason can be a positive example: people lie because they don’t want to hurt you, or you are too important to them and they don’t want to lose you. Sometimes people lie because of their hidden motives, hidden benefits for example real estate business; mostly you won’t find any middle man in this business who will tell you the right cost of the house. How so ever it is “YOU” Who should know to identify whether the person is lying or not.

Here I am not saying that positive lying is good, but never judge someone without knowing their True intentions. Because things can’t always be true or false, right or wrong. Sometimes there are more shades into it. Hence know the true intention and to know the true intentions first you need to understand whether the person is lying or not. It’s hard to identify a liar but if you notice their gestures, postures, verbal signs. You may be able to understand whether the person is lying or not. Because a liar will never say he is a liar. It should be “You” Who should know whom to trust.

Here are the 5 ways to tell if someone is lying:

When someone lies and you look at them suspiciously, you will see some difference in their body language compared to their normal gestures, for example, they will blush, blinking more frequently, they will have a fake smile won’t smile as they always do. Notice them but don’t be too harsh. Because even for an expert interrogator it’s hard to find out whether the person is lying or not on the basis of facial expressions.

Liars can use fillers such as uh, er, like, and um during moments of hesitation often slip out when someone lies. These fillers can also be referred to as fumbles. Usually, Liar’s fumbles when they lie about something.

Liars usually cut out contraction, in a normal speech contractions are used to shorten the sentence but however, a liar cut out contractions, they purposely use big sentences or words and usually say it slowly. Usually, they do it because they want more time to create lie in their mind.

They repeat your question, instead of giving a straight answer to your question, you might hear your question repeated back to you or you will notice a slight pause in an answer. If not these then the person might ask you to repeat the question, so that they can frame the answer in their mind

Their voice, pitch rise falls, hence pay extra attention to their rise and fall of pitch. It is very common that liars voice pitch changes either because of anxiety and nervousness, or either to add emphasis to certain word or statement so that it can look real or voice pitch changes as a distracting method.

Read More: How to Concentrate

When you say to liars that they are lying about something, they will immediately deny it and suddenly gets defensive, and will try hard to make other people feel guilty. They will start convincing and make you feel as if you are doing something really bad to an innocent person like them, to some extent they can become angry too.

5) Change the subject and pause

Liars omit the part from the story. they don’t say exact story they will share only the part which they want to share and rest will be omitted and when you ask question-related to that omitted part they will change the subject they will talk about something else, for example, they will share every detail about their picnic like how excited they were, how well dressed all were, how sitting arrangements were made what all things happened when they reached but suddenly they stop there and start talking about something else. And when you ask more about that story either they cut it or change the story or will share by taking many pauses in a sentence.

Read More: How To Ask For Help At Work

These were few signs which will help you to tell that if someone of lying, but as exceptions are there in this world, so not necessary that every sign will work for all. Some people might have a habit of using fillers hence can’t say that they are lying, you need to know the true intentions before judging someone. Because even an expert takes time to identify whether the person is lying or not

Find Inner Peace: I have a question to Ask; According To You What is Happiness? For some Happiness is to get a dream Job, for some to have A Right Partner and for some to have a big house car etc. Everybody has different perspective and meaning related to Happiness, some say If I get…

How To Build Morning Routine: A Great Morning can lead to productivity. Yes, it is a science fact, that an amazing kick start of the day can become the biggest reason for your motivation and productivity. A great morning routine can make your entire day productive, happy, motivated and enthusiastic. Now how to build morning…

Why New Year’s Resolutions Fail? Time flies and same time and moment never comes back. Hence again we have reached the end of the year. Time has shown us again that how precious and valuable it is and how carefully it should be utilized and maintained. We are again in the thought of making our…

How To Handle Challenges: No matter in which age you are running, challenges are faced by everyone, whether you are in school college working not working or doing business, challenges will for sure come your way and in your life, but it is on you whether to take that challenge in a negative way and… 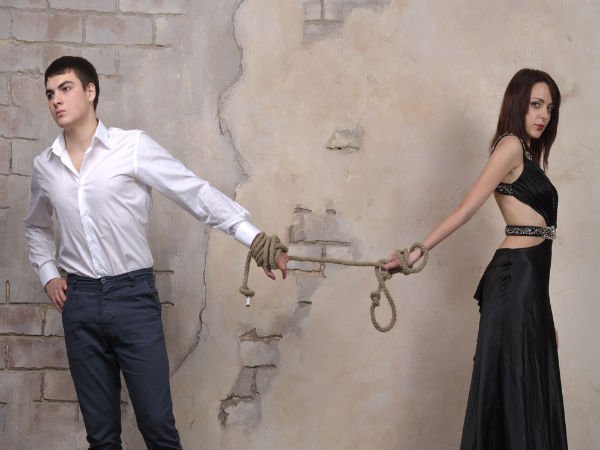 How To Deal With Over Possessive Partner? Being Into a true genuine pure relationship is an awesome feeling, it gives you happiness, joy and motivation, But often in relationship people don’t understand the difference between protective lover or possessive lover and over possessive partner, It’s ok to be possessive but possessiveness should be innocent, it…