Before talking about the book Learned Optimism Summary lets first discuss the author Martin E.P. Seligman, He is an American born psychology professor; he has done Ph.D. from Pennsylvania University, Martin is also an Educator, writer and a former president of the American Psychological Association. Martin Writing career started when he began to comprehend and implement the theory of positive thinking and optimism, he has written several books, which includes The optimistic child, The child’s play, learned optimism and authentic happiness.

Learned happiness is 1990 national book seller book, this book defines the concept of learned happiness, in this book author says that learned optimism is a theory which says that happiness is a skill that can be developed,  This theory revolves around meeting the negative self-talk head on and encourage the development of  inner voice, doing this allows people to move from pessimism to optimism, in this book author martin covers all aspects of human’s life that is love, money, sports, health and parenting, this book has the capability to change worst pessimist thinkers to optimist.

Let’s understand this book in more detail. This book has three parts and each part has various chapters

In this chapter author has shared a story about parents, where they have just face the happiness of their new born baby, Father went near his newborn daughter who was sleeping, he was feeling awesome, hie heart was overflowing with awe and gratitude for the beauty of her, when he was looking at her newborn suddenly opened her eyes, and started staring her father, looking her he was feeling so great hence he started calling her name, while calling her name he expected that she will react, he thought maybe she will turn her head or smile, but nothing happened she didn’t even move her eyes,  then again he tried something new to see her expressions, he picked up the furry little toy and shakes it, that toy has bells, so its started ringing but still baby eye didn’t move, looking this kind of behavior father heart started beating fast, he called his wife and told her, that something isn’t well with their baby girl, he said that maybe she is deaf, listening to this his wife replied that no it’s too early to make any assumptions or saying anything, she said we should wait, right now she is too small, we should first go meet a doctor then should come up with anything.

But still he wasn’t feeling good,  he was upset, he started thinking all negative stuff, he started analyzing his daughter future, like how will she manage socially, how will she able to connect with people, how others will look at her, but that baby girl’s mom was patient, she wasn’t getting upset and she wasn’t behaving pessimist.

Here author said that those couples had two way of thinking related to the same situation, for father that situation was permanent and for him there wasn’t a solution, he was very much pessimist about the situation and he was thinking all bad, while on the other side mother was patient calmed and for her situations or negativity isn’t permanent she knows that every situation can get solved and every situation has solution and we can overcome them.

Chapter 2: Learning to be helpless

In this chapter author has shared his personal story about him and his father, in this chapter author says that people who are optimist they see any situation as a specific situation while any person who os pessimist will see those situations as general case, for example, if two people work at the same office and they both are team leaders, first one is pessimist and the other one is optimist, so while working on the team assignment if one person doesn’t work properly, then pessimist as such situation will say the entire god damn team sucks and will mark every team member bad, whereas optimist person will not say everyone is bad, he will say that only one person isn’t working properly but rest can be good.

Optimism people create a balanced life, and optimist people learn to deal with defeats and failures, optimist people know that it’s ok to fail in life and everyone fail at certain moment in their life, but the difference lies in the reaction,  people who are optimist react differently compare to pessimist people at failures, pessimist goes under long-lasting depression, whereas optimist people take those failures as temporary, they know that it’s on people how they want to move forward towards their goal, will they stick to same situation and stand still or will  they move forward by setting future goals and always motivate themselves.

Optimist people care for themselves as well as for the community, author says that in this world there two kinds of people one is doers and other are delayers, optimist people are the ones who always take care of themselves and community they know importance of their health and how it’s going to move them forward,  hence it is impossible to break their spirit, their spirit keeps them motivated, hence when they do something they do it with all efforts and hard work, for example when they are following good diet for their health, they will stick to it, whereas pessimist people are usually delayers, they  never take care of their health nor even about the community, they are usually indulging in bad habits which lead them to depressions.

Part 2 of Learned Optimism Summary: The Realms of Life

How exactly a child’s Explanatory Style affect his performance in the Classroom?

To answer this Question, Author says let’s go back to the basic Theory. The author says whenever we fail at something, we all become helpless and depressed at least momentarily, We don’t initiate voluntary actions as quickly as we would otherwise, or we may not try at all. we will not persist. As you’ve read, explanatory style is the great modulator of learned helplessness.

The Author says that Optimist people recover from momentary helplessness immediately, very soon after falling, they pick themselves up, shrug and start trying again, for optimist people failure is a mere setback, they take their failure as a challenge, they don’t accept defeat they never quit trying, they see defeat as temporary.

However, A pessimist person always sees defeat as permanent, and pervasive. And a defeat in one battle is the loss of the war. They don’t begin to try again for weeks or months, and if they try, the slightest new setback throws them back into a helpless state.

The author says The theory clearly predicts that in the classroom and, as we shall see in the next chapter, the playing field, success will not necessarily go to the most talented. The prize will go to the adequately talented who are also optimists.

The author says that WHY DOES THE possibility that mental life influences physical illness meet with such resistance? The answer reflects the knottiest of all the philosophical problems I know.

There are but two kinds of substance in the universe argued the great seventeenth-century rationalist Rene Descartes: physical and mental. How do they act upon each other? We can see how one billiard ball hitting another causes it to move. But how does the mental act of willing your hand to move to cause the physical movement of your hand? Descartes had his own quirky answer. He said that the mind runs the body via the pineal gland, a brain organ whose function is still not well understood. Descartes the answer was wrong, and scientists and philosophers ever since have been trying to figure out by what path mental substance might influence physical substance. Descartes was a dualist. He believed that the mental could affect the physical.

The Author says That I have wrestled for the last twenty years with three questions about health and hope. Each is at the frontier of the attempt to understand the physical illness, an attempt that is a modern incarnation of the mind-body problem.

The first question concerns cause. Does hope actually sustain life? Do hopelessness and helplessness actually kill?

The second concerns mechanism. In this material world, how might hope and helplessness work? By what mechanism do matters so eminently spiritual touch matters so physical?

The third question is that of therapy. Can changing the way you think, changing your explanatory style, improve health and prolong life?

This is the end of Learned Optimism Summary. Hence to understand each chapter in detail, do buy this amazing book from the given link. 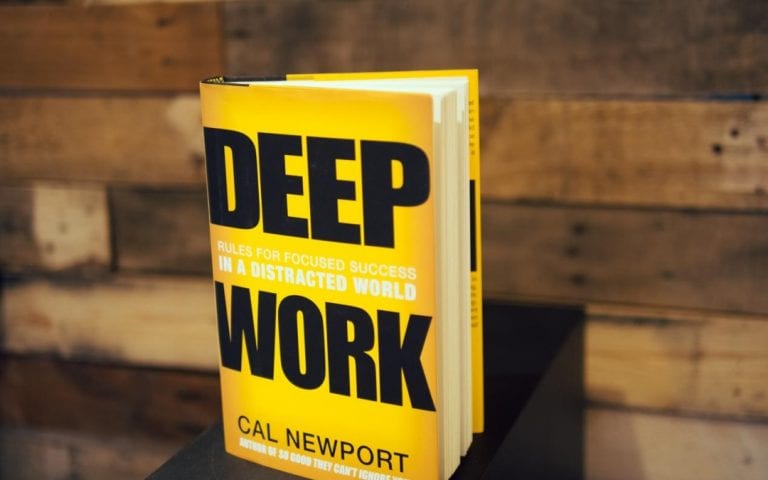 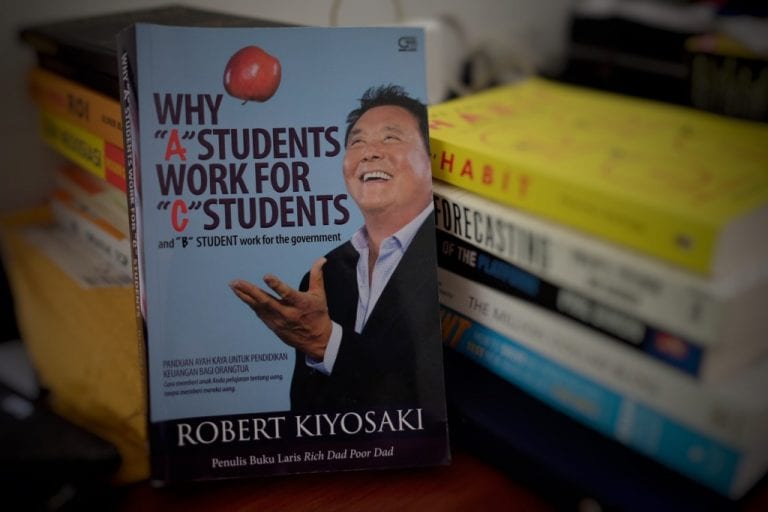 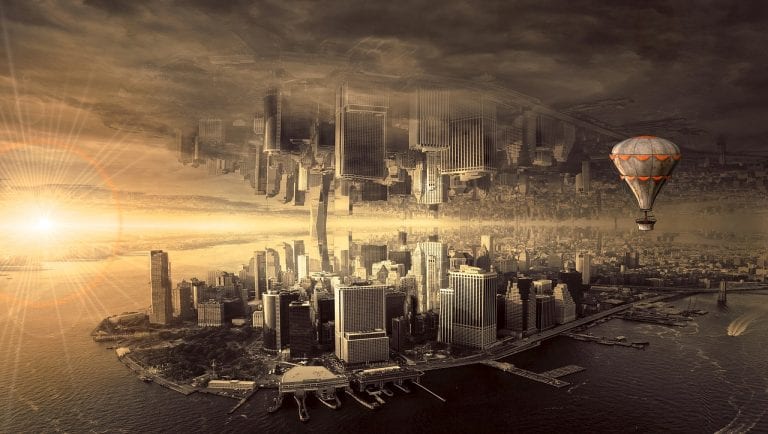 ABOUT THE BOOK: Blog Title: See You At The Top Summary By Zig Ziglar Name: See You at the Top Author: Zig Ziglar Download Audio Book For Free at: Audible Book available in English at: Flipkart, Amazon Book size: 288 pages Overview: The book summary I am going to give today is one of the famous book…

Name: First Things First Author: Stephen R. Covey Download Audio Book For Free at: Audible Book available in English at: Amazon Book size: 384 pages Overview: Before talking about the books lets discuss about the author first, Stephen R.Covey has inspired millions with the power of universal principles. Covey was the author of acclaimed books, including international… 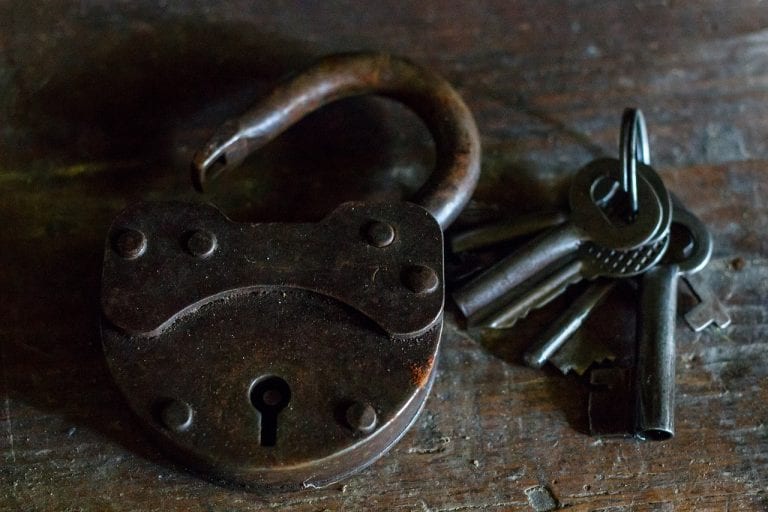 Girl Wash Your Face Short Summary With painful honesty and fearless humor, Rachel unpacks and examines the falsehoods that once left her feeling overwhelmed and unworthy, and reveals the specific practical strategies that helped her move past them. In the process, she encourages, entertains, and even kicks a little butt, all to convince you to…