Mohandas Karamchand Gandhi is revered in India as Father of our Nation. He is the greatest leader, champion of truth and non-violence activist. Mahatma Gandhi is one of the greatest Inspiration for people all over the world.

As we approach yet another Gandhi Jayanti, let’s know the story of Mahatma Gandhi.  Today I will discuss Gandhi Autobiography Summary.

The Story of My Life: M.K. Gandhi Summary – Part 1:  Childhood and Youth

Chapter One: Birth and Parentage

Mahatma Gandhi father Karamchand Gandhi was a political figure in Porbandar and served as a Diwan of Porbandar, Rajkot, and Wakener, Mohandas Karamchand Gandhi Mother Putlibai Gandhi was A very religious women and she had a great impact on Mahatma Gandhi, Putlibai Gandhi had a great impression on Gandhi, it was her thought of saintliness which impacted on Gandhi’s brain.

Mahatma Gandhi passed his childhood in Porbandar, at the age of seven Mahatma Gandhi’s father left Porbandar for Rajkot, he was put in there into a primary school, and can well remember those days. As at Porbandar, so in Rajkot, there is hardly anything to note about His studies. From Rajkot school, he went to the suburban school and then to the high school, having already reached to his twelfth year. he hardly remembers having ever told a lie, during this short period, either to his teachers or to his schoolmates.

Mahatma Gandhi used to be very shy and avoided all the company. His books and my lessons were his sole companions. To be at school at the stroke of the hour and to run back home as soon as the school closed, –was Mahatma Gandhi’s daily habit.

Here Mahatma Gandhi says It is his painful duty to have to record here my marriage at the age of thirteen,  Mahatma Gandhi was married to 14-year-old Kasturbai Makhanji Kapadia (her first name was usually shortened to “Kasturba”, and affectionately to “Ba”) in an arranged marriage, according to the custom of the region at that time.

In the book Story of my life, Mahatma Gandhi says that at the age of 13 marriage only meant to be anything more than good clothes to wear, drum beating, marriage processions, rich dinners, and a strange girl to play with. Further Mahatma Gandhi says That We gradually began

to know each other and to speak freely together. We were the same age. But I took no time in assuming the authority of a husband. I would not allow my wife to go anywhere without my permission. And Kasturba was not the girl to put up with any such thing. She made it a point to go out whenever and wherever she liked. More restraint on my part resulted in more liberty being taken by her and in my getting more angrier. Refusal to speak to one another thus became the order of the day with us, married children.

Mahatma Gandhi says that “I think it was quite innocent of Kasturba not to have bothered about my restrictions. How could an innocent girl put up with any restraint on going to the temple or on going on visits to friends? If I had the right to restrict her, had not she also a similar right? All this is clear to me today. But at that time I had to make good my authority as a husband. Let not the reader think, however, that ours was a life of constant quarrels. For my severities were all based on love. I wanted to make my wife an ideal wife. My ambition was to make her live a pure life, learn what I learned, and identify her life and thought with mine.

The Story of My Life: M.K. Gandhi Summary – Part 2: In England as Student

Chapter One: In London.

Gandhi studied law and jurisprudence and enrolled at the Inner Temple with the intention of becoming a barrister. … However, he could not appreciate the bland vegetarian food offered by his landlady and was frequently hungry until he found one of London’s few vegetarian restaurants.

Mahatma Gandhi says that when he was in India he never read a newspaper, but after shifting to England for Further studies he started reading newspapers.

Mahatma Gandhi words: I had not yet started upon regular studies. In India, I had never read a newspaper. But In London, I succeeded in cultivating a liking for them by regular reading. This took me hardly an hour. I, therefore, began to wonder about. I went out in search of a vegetarian restaurant. I hit on one in Farringdon Street. The sight of it filled me with the same joy that a child feels on getting a thing after its own heart. Before I entered I noticed books for sale exhibited under a glass window near the door. I saw among them Salt’s Plea For Vegetarianism. This I purchased for a shilling and went straight to the dining room. This was my first hearty meal since my arrival in England. God had come to my aid. I read Salt’s book from cover to cover and was very much impressed by it. From the date of reading this book, I may claim to have become a vegetarian by choice. I blessed the day on which I had taken the vow before my mother. The choice was now made in favor of vegetarianism, the spread of which henceforward became my mission.

One day  Mahatma Gandhi Friend invited him to go to the theatre. Before the play, They were to dine together at the Holborn Restaurant. The friend had planned to take him to this restaurant evidently imagining that modesty would prevent Gandhi from asking any questions. And it was a very big company of diners in the midst of which Mahatma Gandhi’s friend and he sat sharing a table between us. The first course was soup. Mahatma Gandhi wondered what it might be made of, but did not dare ask the friend about it. He, therefore, summoned the waiter. But Mahatma Gandhi’s friend saw the movement and sternly asked across the table what was the matter. With considerable hesitation, Mahatma Gandhi told him that I wanted to inquire if the soup was a vegetable soup. To which His Friend Replied angrily that“You are too clumsy for decent society, If you cannot behave yourself, you had better go, Feed in some other restaurant and await me outside.” This delighted Mahatma Gandhi and he went out, after moving out he saw There was a vegetarian restaurant but it was closed,  So he went without food that night. Gandhi accompanied his friend to the theatre, but he never said a word about the scene Gandhi had created. On his part, of course, there was nothing to say. That was the last friendly quarrel they had. It did not affect their relations in the least.

I could see and appreciate the love underlying all my friend’s efforts and my respect For him was all the greater on account of our differences in thought and action. But I decided that I should put him at ease, that I should assure him that I would be clumsy no more, but try to become polished and make up for my vegetarianism by cultivating other accomplishments which fitted one for polite society. And for this purpose, I undertook the all too impossible task of becoming an English gentleman. The clothes after the Bombay cut that I was wearing were, I thought, unsuitable for English society, and I got new ones at the Army and Navy Stores. I also went in for a chimney-pot hat costing nineteen shillings – an excessive price in those days. Not content with this, I wasted ten pounds on an evening suit made in Bond Street, the center of fashionable life in London; and got my good and noble-hearted brother to send me a double watch chain of gold. It was not correct to wear a readymade tie and I learned the art of tying one for myself. While in India the mirror had been a luxury permitted on the days when the family barber gave me a shave. Here I wasted ten minutes every day before a huge mirror, watching myself arranging my tie and parting my hair in the correct fashion. My hair was by no means soft, and every day it meant a regular struggle with the brush to keep it in position. Each time the hat was put on and off, the hand would automatically move towards the head to adjust the hair, not to mention the other civilized habit of the hand every now and then doing the same thing when sitting in polished society.

The Story of My Life: M.K. Gandhi Summary – Part 3: In India As Barrister

Mahatma Gandhi returned to India after completing his studies in the foreign land, he was called to the bar on 10th of June 1891, and enrolled in the high court on the 11th, and on 12 he sailed for home (India).

After completing his studies when Gandhi returned to the hometown he faced many shocks and helplessness, There was no end to Gandhi’s helplessness and fear. he did not feel qualified to practice law. he felt that he had read the laws, but not learned how to practice law. Besides, he had learned nothing at all of the Indian law and had not the slightest idea of Hindu and Mahomedan Law. he had not even learned how to draft a plaint and felt completely helpless. and had serious misgivings as to whether he would be able to earn a living by the profession.

Mahatma Gandhi elder brother went to meet him at the dock in Bombay. I was pining to see my mother. his brother had kept him ignorant about her mother death, which took place whilst when he was still in England. Mahatma Gandhi’s brother did not want to give him the bad news in a foreign land. The news, however, was none the less a severe shock to him. Gandhi’s grief was even greater when he received another shocking news about his father,  Most of his cherished hopes were shattered.

But he remembers that he did not give himself up to any wild expression of grief. he could even check the tears and took to life just as though nothing had happened. The storm in his caste over my foreign voyage was still there. It had divided the caste into two camps, one of which immediately readmitted him, while the other was bent on keeping him out. he never tried to seek admission to the section that had refused it. Nor did he feel even mental resentment against any of the headmen of that section. Some of these regarded him with dislike, but he scrupulously avoided hurting their feelings. he fully respected their regulations.

This is the end of Gandhi Autobiography Summary. Thank you. Also check An Autobiography: The Story of My Experiments with Truth.

ABOUT THE BOOK: Blog title: Choose Yourself Summary By James Altucher Name: Choose Yourself!: Be Happy, Make Millions, Live the Dream Author: James Altucher Download Free at: Audible Book available at: Amazon Book size: 276 pages Overview: The world is changing. Markets have crashed. Jobs have disappeared. Industries have been disrupted and are being remade before our…

ABOUT THE BOOK: Name: The SPEED of Trust: The One Thing that Changes Everything Author: Stephen M.R. Covey Download Audio Book For Free at: Audible Book available in English at: Flipkart, Amazon Book size: 384 pages Overview: There is one thing that is common to every individual, relationship, team, family, organization, nation, economy and civilization throughout the… 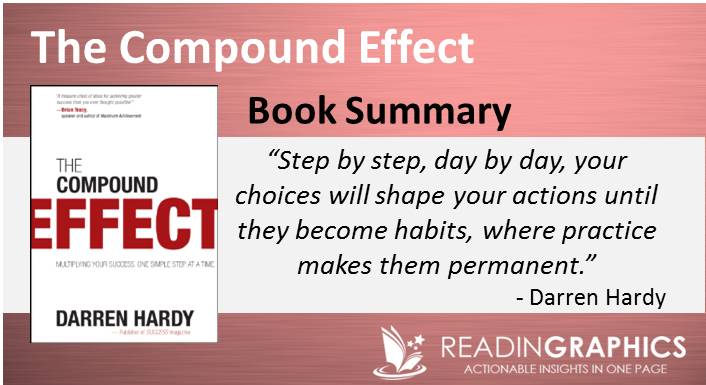