On this 72nd Independence Day Let us Remember The Role of Freedom Fighters. How they gave their Lives to make India a free country. They sacrificed their lives to make India free from the Rule of British. Their sacrifices make India A Democratic Country. Not Only Mahatma Gandhi but other freedom fighters too Contributed for our Countries Freedom. Their Contribution played a very extensive role in getting Independence day for the Country. One side where Mahatma Gandhi was following the Ideologies of Non-violence and peace, at that same moment others freedom fighters or the group of youth who wanted to attain Independence by hook or by crook. These Freedom fighters, these revolutionaries were quite influential in the nation and they inspired many. Let us Remember Bhagat Singh, Chandra Shekhar Azad,  Mangal Pandey, Sukhdev, Rani Lakshmi Bai, Maulana Abdul Kalam Azad, Motilal Nehru not only they but there were other Freedom fighters too who sacrificed their lives to see our country independent to see our country free from all the slavery, poverty, bad influence, and fear.

Even today There are soldiers who are fighting for us, because of them and their sacrifice we are able to live happily and peacefully, we should never forget their sacrifice, we should never take their sacrifice leniently, we should never waste their sacrifice, they gave their lives to see us independent financially, to see our country developed, they never wanted to see India lacking behind, But even today after so many years of independence India is still lacking behind in many things, Even after so many years of independence we haven’t reached the top, Forget about Top we haven’t able to Become the Developed Country, We still come under developing country, Our Fighters didn’t sacrifice to see Developing India, They Sacrificed and still many soldiers are sacrificing to see Our Country as a developed country, Our India has contributed a great things and invention to this world, and that Inventions are helping everyone, But, Why even after contributing so much to this world, why we are still lacking,what is stopping us to become a developed country.

If we talk about contribution and inventions, India is the Country which Gave The World The Numerical “Zero,” India comes 2nd when we talk about IT sectors, Chess is Originated in India, India were the first ones who used and invented ornamental buttons, India gave the Cure for Leprosy, Ayurveda originated From India, India gave rise to Yoga, Indians were the first ones to describe the Fibonacci pattern of numbers, The Pentium Chips was Invented by an Indian, not only these but there are many other inventions and contributions did By India.

We Should be a Proud Citizen of India, we should feel proud to be an Indian, As I always say that we should appreciate where we are and should always work hard for our future, We should feel proud to be an Indian, but we should also think about making our country Proud, If I ask you’ll like what all things are stopping our country to become a developed country, Now the very obvious answers will come, corruption, education, government etc Now to be very Frank yes these are the reasons because of which our country is still lacking, but are these the only reasons, no, of course not, The very first thing which is stopping our country’s development is “we,” Our mentality is stopping the development of our country.

India should be the nation of unity, humanity, we should always work together because remember “Where There is Unity, There is always Victory.” Instead of becoming a Good positive influential we are getting influenced by negative people or negativity, The very first thing we should work on is our own mentality, The moment we change our mentality that very moment every individual will understand their responsibility towards their country, Because the way it is our responsibility to take care of our house, family etc similarly it is our responsibility to take care of our country, we should work together for the same cause and the most important cause is Unity and Humanity for example, the way you keep your house clean similarly you should work for this country too, we should make our country clean, because cleanliness is also the major reason because of which our country is lacking, And cleanliness is every individual responsibility, we should work on our mentality, only they will able to bring some changes to our country.

Another reason we are lacking is that of lack of vision, We Indians usually don’t have Vision, we live our lives thinking about luck, destiny etc, Being Religious is a great thing but being superstitious is not, there’s a huge difference between Being religious and being superstitious, Believing in God is great but only believing in God is not a great thing for example its good to believe that God has given us this beautiful life but believing that he will take care of everything we without doing any hard work then such believe is completely wrong, because God has given us this life with brain and free will, it’s us who make or break our lives, Every individual should believe themselves and their visions, they should have some visions about their lives, because the more independent individual will become the more independent our country will become.

We should make ourselves financially independent because our  financial independence will make our country independent, Our country is full of traditional cultures and that’s the best part of our country, Because our beautiful cultures teach us about Unity, humanity and respect and we should always follow it with a genuine heart, Our beliefs should make us more respectful and loveable it should never encourage hatred,discrimination etc.

We are economically growing, but still we are growing we haven’t become the developed country yet, our vision should be to make our country developed, we should not take things leniently, we should work on the improvement we should understand that it is not only government’s fault, but it’s our fault too,  Corruption, Education system, bad Politics, poverty are the reasons but they aren’t only the reasons because of which we are lacking our country is lacing, Our mentality, thinking, lack of responsibility, taking things lightly, not having proper vision, being too superstitious, being too biased, population, lack of unity, humanity etc are also the reason because of which our country is still lacking behind.

Hence on this 72nd Independence day, we should take an oath that from today onwards we should feel proud to be an Indian but also we will make our country proud, we will follow our responsibilities and will work on our improvement, we will become financially independent, because if we Indians become financially secure the more our country will become Independent, hence have vision focus on literacy, education, mentality work on population and have one same vision and that visions should be making our India proud and developed, Because That same vision will improve your life too, hence be a responsible citizen and be responsible for your life too.

Let’s Salute Our Freedom Fighters and Let’s Be a Responsible Human Being and A Good Citizen, which should have a vision of making our country developed and Proud.

Educate yourself, gain knowledge, have wisdom because all these things play a very important role in changing mentality. 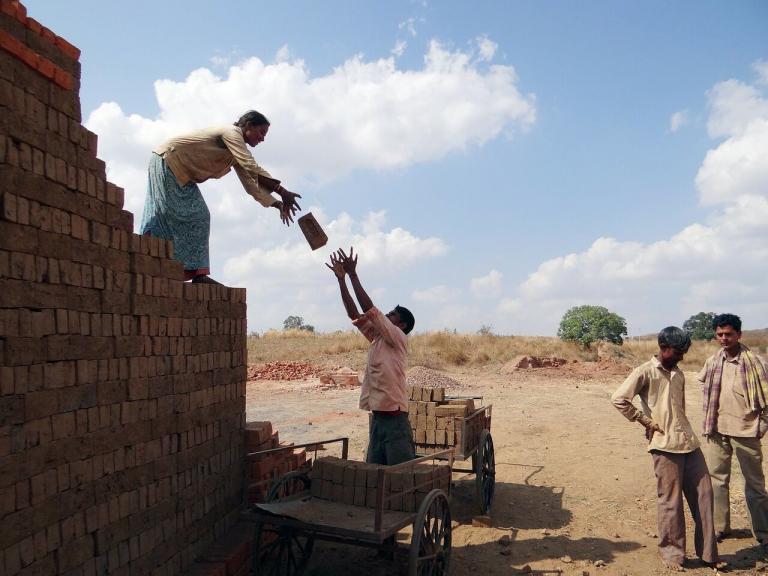 Pune is an incredible city! I asked Aditi Bhosale Walunj, a Pune-based entrepreneur and the co-founder of Repos Energy, why she thinks Pune is such a great city to start up in. She replied, “Unlike other metropolitan cities in India, Pune is a city that gives you space to make your own story. It doesn’t make you…

We all know that India is still a developing country and our country is in the race of becoming a developed country. Today I am not going to discuss why India is lacking behind and what are the reasons Our Country (India) is lacking. Today I will discuss Top 5 Richest Person In India. Our…